The uniformed Patrol Section is the largest and most visible part of the police department. The section is under the direct supervision of the Operations Division Lieutenant and is comprised of four squads of officers. Each squad consists of a patrol sergeant and three patrolmen. The officers on each squad are always assigned to work the same 12-hour shifts, which rotate from dayshift to nightshift every four weeks. Patrol officers handle on average about 50 calls per day, ranging from motor vehicle crashes to missing persons to sexual assaults, burglaries, noise complaints and domestic disturbances. 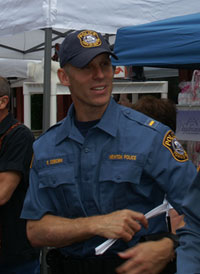 Patrol Officers are our front line of defense for the Town of Newton. They are typically the first to arrive to every type of call received by the police department. Patrol duty often involves very volatile situations that require officers to take charge and for that reason officers are required to be the most well-rounded in their knowledge of laws, ordinances and tactical skills. Patrol Officers will use different techniques and equipment to foster successful operations such as patrol cars, mountain bicycles and foot patrol.

Patrol officers receive significant in-service and specialized training to enhance their skills. Certain officers that exhibit exceptional skill or interest in specialized fields are often selected to fill additional responsibilities. It is from the ranks of patrol that come our sergeants, lieutenants, and chiefs. 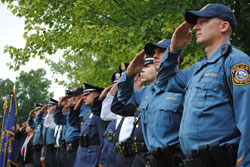 To be appointed as a patrol officer an individual must undergo written testing, an extensive background investigation and interview process, psychological evaluation and a medical exam. Every officer must undergo approximately 24 weeks of Basic Recruit Training at a regular police academy approved by the State of New Jersey Police Training Commission.

After graduation, a new recruit will be assigned to a veteran police officer and will complete a 12-week Field Training Program. During this program the recruit officer will learn to apply those skills acquired at the academy to real life situations occurring right here in our own community. The recruit is continuously evaluated during this process by the Field Training Officer and the Patrol Commander to ensure his/her suitability for regular patrol duty without any assistance. 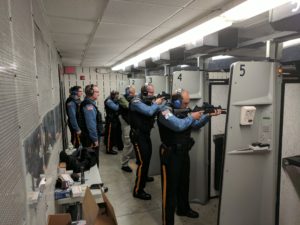 All of our officers are required to demonstrate proficiency in the use of all departmental firearms including handguns, shotguns, and rifles and to complete firearms qualifications twice per year in accordance with the NJ Attorney General’s  Guidelines. Firearms qualifications are conducted by the department’s highly trained range masters at the Sussex County Public Safety Academy. 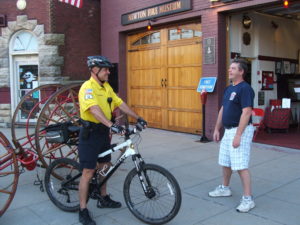 Bicycle Patrol in the Town of Newton is used in the downtown area along the main shopping district. Newton has four fully operational Police Bicycles to augment our services. 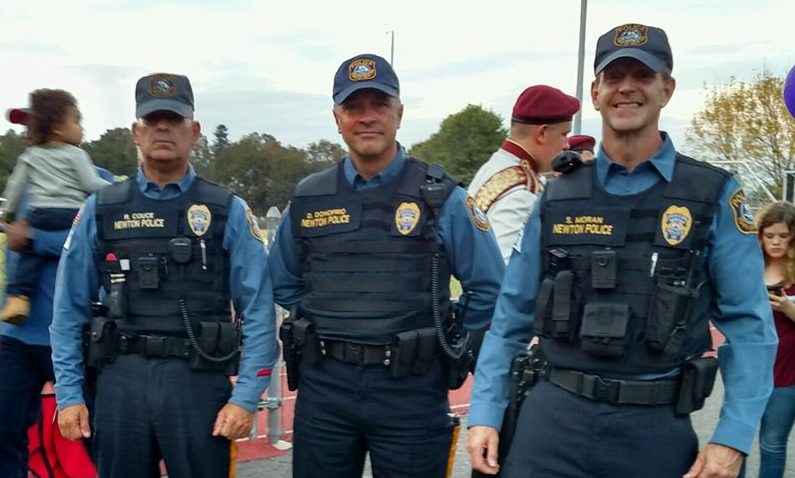 Special Police Officers are part time Police employees who are utilized to increase patrol protection during special events like parades, street closings, or emergencies. Special officers are also used to supplement the Department’s presence in the downtown shopping district in accordance with the Special Law Enforcement Officers’ Act (N.J.S.A. 40A:14-146.8 et seq.).

The Newton Police Department deploys officers on foot patrols in the downtown shopping district and other areas as needed. This provides a visible presence in these areas and allows our officers to better interact with residents, shoppers, and merchants.